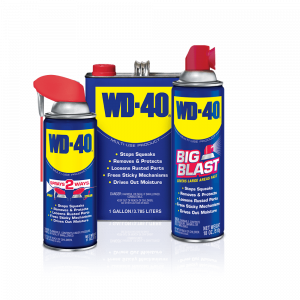 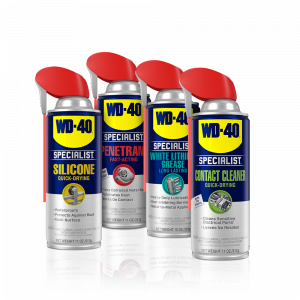 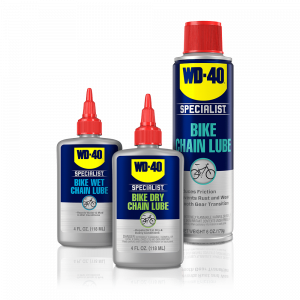 In 1953, in a small lab in San Diego, California, the fledgeling Rocket Chemical Company and its staff of three set out to create a line of rust-prevention solvents and degreasers for use in the aerospace industry.

It took them 40 attempts to get their water displacing formula to work, but on the 40th attempt, they got it right in a big way. WD-40 was born. WD-40 stands for Water Displacement, 40th formula. That’s the name straight out of the lab book used by the chemist who developed the product.

The first company to use WD-40 commercially was Convair, an aerospace contractor, to protect the outer skin of the Atlas Missile from rust and corrosion. The product worked so well that several employees snuck cans of WD-40 out of the plant in their lunchboxes to use at home.

A few years later, Rocket Chemical Company founder and president Norm Larsen experimented with putting WD-40 into aerosol cans, reasoning consumers might also find a use for the product in their home workshops and garages. 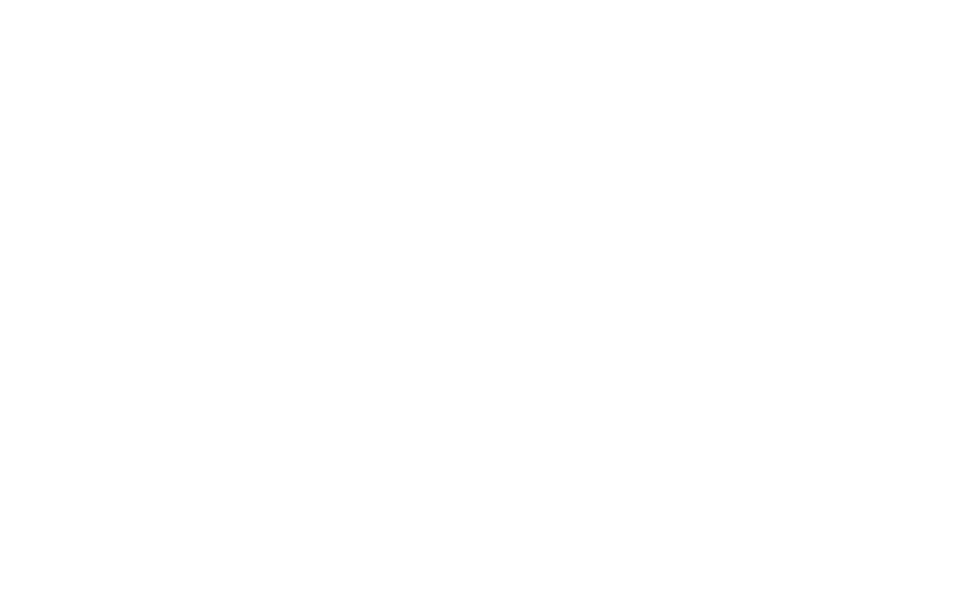 Rocket Chemical Company is founded September 23, 1953, by Norman B. Larsen, Gordon Dawson and John B. Gregory.

The company nearly doubles in size, growing to seven people who sell an average of 45 cases per day from the trunks of their cars to hardware and sporting goods stores throughout the San Diego area.

The first full truckload order for WD-40 is filled to meet the disaster needs of the victims of Hurricane Carla along the U.S. Gulf coast. It is used to recondition flood and rain damaged vehicles and equipment.

John S. Barry is appointed president and chief executive officer of WD-40 Company and renames the company after its only product, WD-40.

WD-40 Company goes public and is listed Over-The-Counter. Stock price increases by 61% on the first day of listing.

Sales reach $50.2 million. Many companies attempt to introduce imitation products, even going so far as to copy the distinctive blue and yellow can with the little red top. Tribe Members: 38

Gerald Schlief is appointed president and chief operating officer of WD-40 Company. He is later appointed to chief executive officer.

WD-40 Company celebrates its 40th anniversary by breaking the $100 million sales mark. The company is also listed among the Top Ten Most Profitable companies on the NASDAQ exchange.

The 3-IN-ONE Professional line is launched. The WD-40 Big Blast can is introduced in the USA, featuring a wide-area spray nozzle that delivers WD-40 Multi-Use Product quickly and efficiently over large areas.

WD-40 Company acquires 1001, the leading brand of carpet cleaning products in the United Kingdom. It also expands its 3-IN-ONE Professional line with the introduction of a heavy-duty cleaner degreaser, an engine starter and a high-performance lubricant.

WD-40 Company introduces the WD-40 Smart Straw, which features a permanently attached straw. This new Smart Straw Sprays 2 Ways™: as a wide spray with the straw down and a stream with the straw up. The Smart Straw also solves the number one complaint about WD-40 products: losing the little red straw. The 3-IN-ONE Professional line expands with the introduction of a dry lube to help lubricate and protect all types of surfaces without leaving an oily residue behind. Spot Shot Instant Carpet Stain Remover is released in a convenient trigger spray bottle.

WD-40 Company introduces WD-40 EZ-REACH in the United States. With an attached 8” flexible straw that bends and keeps its shape, it can reach the unreachable: tight plumbing spaces, behind engine blocks, hard-to-reach hinges, rollers and more.

In 2016, WD-40 Company sticks it to gravity with WD-40 Specialist Spray & Stay Gel Lubricant. With a no-drip formula that stays where it’s sprayed, it provides 12x longer-lasting lubrication on vertical surfaces and moving parts. Tribe Members: 445

Later in 2016, four new high-performance greases join the WD-40 Specialist family. Their advanced, industrial-strength technology handles specific high-temperature, pressure and moisture challenges, while allowing them to be interchanged on the job without consequences from cross-contamination.

In 2017, WD-40 Company launches its first non-aerosol Industrial-Strength Cleaner & Degreaser under the WD-40 Specialist brand. This water-based formula has an unique bio-solvent that is engineered and proven to be more powerful, safer and easier to use than other degreasers on the market.

Looking for a WD‑40® Brand Product?

Find it in-store or online

Selecting a region changes the language and/or content on WD-40.

To make this site work properly, we sometimes place small data files called cookies on your device. Most big websites do this too.